Although many people think that Rottweilers are an aggressive breed, these dogs are nothing but gentle giants. More -as this story shows – they can also be heroes, too. All after four Rottweilers rescued a confused senior woman, that accidentally got trap in a school playing field for several hours! It was an extremely cold January night, when David Malt and his nephew Jack, have taken his four dogs – Tillie, Billy, Gerrard and May – for a walk. Because of his neighbors perceptions about Rottweilers’ hostile behavior, David takes his beloved dogs for walks usually during night time. So, it was around 1AM when they were walking nearby Bournside School in Cheltenham. Since the playing field doors were open, the dogs run in, but surprisingly they came upon something really unexpected. A 80-year-old lady was sitting next to some bushes shivering. Extremely confused, the old lady seemed to have no idea how she ended up there. But thankfully, these heroic dogs found her just in time. The dog stayed next to the woman and continued to bark until their owner arrived. Then, David immediately called for an ambulance and the woman, who suffered from exposure to cold was taken to the Gloucestershire Royal Hospital. 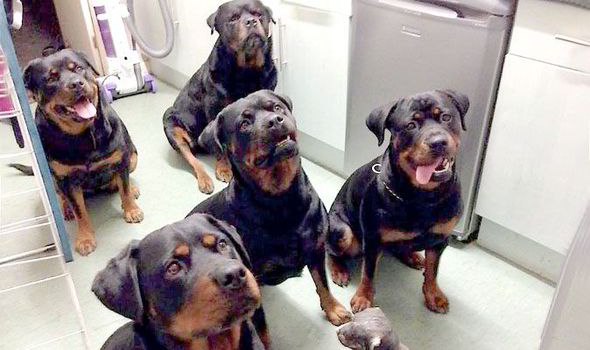 “My son said to his uncle ‘there’s something over there,'” Jack’s mum Svetlana Martenovic, known as Lana told Express. “It was the female dog who started licking her and refused to leave her side until my son and his uncle arrived. If my son and brother in law hadn’t have walked their dogs at that time, it might have been a very different outcome for the lady. I don’t think she would have survived.” Apparently, the 80-year-old woman was sitting there for over 15 hours. Since it was the winter holiday, the school was empty, so no one noticed her. By the time the dogs found her, she didn’t make any sound as she was very scared. However, she later told David and his nephew that she got off the bus at the wrong stop. Heroic conductor stops train to save turtle stuck on tracks